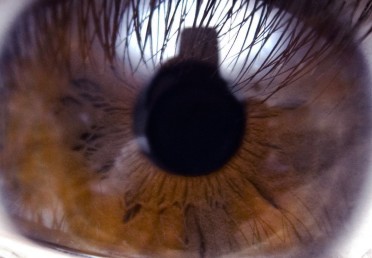 UIC receives grant to test the efficacy of a treatment for eye injuries.

Researchers at the University of Illinois at Chicago have received a four-year, $5.25 million grant from the U.S. Department of Defense to lead a multi-site clinical trial to test the efficacy of a stem cell-based treatment for eye injuries.

The treatment uses mesenchymal stem cells — cells that can differentiate into fat, bone or cartilage, but which also produce an abundance of anti-inflammatory factors that have been shown to speed healing and reduce scaring in experimental models of eye injury.

“We have been studying the healing properties of mesenchymal stem cells in the eye with funding from the Department of Defense for the last five years,” said Dr. Ali Djalilian, professor of ophthalmology and visual sciences in the UIC College of Medicine and principal investigator on the grant. “We have seen that these cells, when applied to the surface of the eye, can play a significant supportive role in healing and promoting healing in such a way as to reduce scarring. We are looking forward to clinical trials of these cells in humans.”

Injuries to the eye, while not necessarily life-threatening, can cause blindness and radically downgrade quality of life. Thermal burns from explosions and chemical burns to the eye are among the most common injuries to service members in combat, but injuries and non-healing wounds of the cornea — the clear outer layer of the eye — are common among civilians, as well.

Djalilian, together with the co-principal investigator, Charlotte Joslin, associate professor of ophthalmology and visual sciences at UIC, will lead clinical trials at UIC and 10 other medical centers, including three Veterans Affairs medical centers in the Chicago area, five other centers in the United States, one in Brazil and one in India.

The grant will support both phase 1 and phase 2 clinical trials. In the phase 1 trial, which will involve approximately 10 patients at UIC, the researchers plan to determine the safety of the stem cell treatment and begin to determine the best dose to promote healing of the cornea. In the phase 2 trial, in which they hope to enroll 220 participants, the researchers will further study the efficacy of stem cells compared with a control treated group. The researchers will enroll civilian participants with both new and old injuries to the cornea, including thermal and chemical burns and other non-healing corneal wounds.

Djalilian and Joslin will use bone marrow-derived stem cells taken from a healthy donor which will be grown at Waisman Bio-manufacturing under the direction of co-investigator, Dr. Peiman Hematti, professor of hematology/oncology at the University of Wisconsin. “We don’t take cells from each participant because in order to get enough cells for the treatment, the cells need to multiply for one to two months,” Djalilian explained. “By the time two months have passed, in the case of most of the kinds of eye injuries we are treating in these trials, the critical window to use the cells to their greatest effect has closed. That is why we are using donor cells”

While there is always a concern that when using stem cells to treat disease, they could potentially begin multiplying out of control to produce tumors, Djalilian said that mesenchymal stem cells have been used in more than 100 clinical studies for other conditions with no incidents of causing cancers.

“This is a promising line of treatment because of the extraordinary healing factors produced by these stem cells,” he said. “These factors help prevent damage caused by overblown immune responses to injury, which can ultimately cause more tissue damage than the initial injury. Given that this treatment can modulate the immune response and promote true healing, we are very excited to investigate the efficacy of this treatment in humans.”