UIC sophomore to be featured on ‘Shark Tank’ Sunday 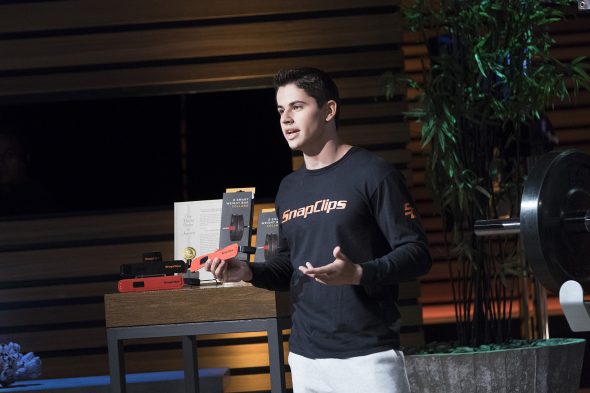 Root for UIC entrepreneurship student Martin Dimitrov Sunday night at a public campus watch party for his appearance on the TV show “Shark Tank.” The episode airs at 8 p.m. on ABC.

Dimitrov, a sophomore in the College of Business, is the chief executive officer and founder of SnapClips, which sells weight collars or clips that make securing and swapping weights on gym bars quicker, safer and easier. The product stems from an idea that started in Dimitrov’s high school years.

In 2015, he and a classmate won school and districtwide competitions that helped them launch a Kickstarter campaign. The page raised $23,040 from 664 donors.

Since then, more than 800 pairs of SnapClips have been delivered to backers in 15 countries. CrossFit, powerlifting and strongman athletes have tried SnapClips, too, providing feedback for an improved prototype.

The SnapClips team believes the new, patented design is ready for the market — but what do big industry “sharks” think?

On Sunday’s “Shark Tank,” Dimitrov will pitch the product to self-made, multimillionaire and billionaire business giants. After his pitch, the show’s panel will decide whether to invest in his venture.

UIC Business will host a viewing party Sunday in the Illinois Rooms, Student Center East. The event is free and open to the public. Doors open at 7:30 p.m.

Check back with UIC today next week to read about Dimitrov’s experience on the show.