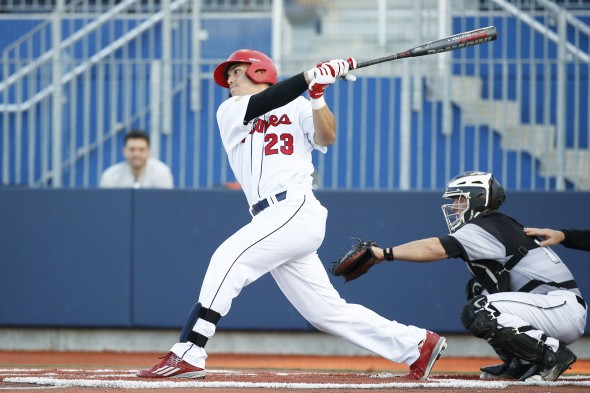 UIC heads to Valparaiso for a three-game series Friday through Sunday.

Milwaukee struck first, scoring two runs in the third inning off starter Ian Lewandowski. The Flames responded quickly by adding two runs in the fourth on a two-run single off the bat of Cody Bohanek. Lewandowski pitched seven strong innings but walked away without a decision. The right-hander allowed five hits on the day, surrendering just one hit after the third inning.

In the 12th inning Brandon Gibis led off with a single and advanced to second on a sacrifice bunt from Scott Ota. With two out, Ricardo Ramirez walked and Conor Philbin reached on an error to load the bases for Alex Dee. Dee was hit by a pitch to drive in the winning run.

The Flames scattered nine hits but scored one run in the finale.

UIC had the chance to break the game open at the start but left the bases loaded in the first inning. The Flames stranded 11 runners on base and others in scoring position in six of nine innings.

Mitchell Schulewitz started and struck out a career high seven batters over five innings in the loss.