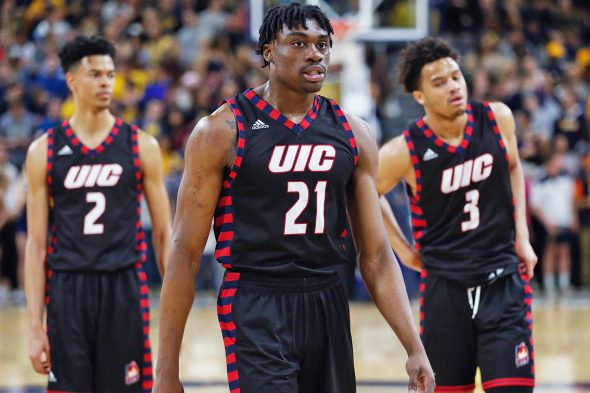 UIC’s tournament run ended Friday night as the Flames fell at Northern Colorado, 76-71, in the championship game of the CollegeInsider.com Postseason Tournament.

The final score does not tell the whole tale of UIC’s never-say-die mentality throughout the title bout. The Flames (20-16) trailed by as many as 16 points with 7:33 to go before roaring back in a span of just over five minutes to cut slice the deficit to one with 2:03 remaining. The visitors could not get over the hump, however and Northern Colorado (23-15) took the title, 76-71.

UIC shot only 36 percent as a team in the season finale, but 47 during the furious second-half comeback. Marcus Ottey paced the Flames with 25 points on 10-of-18 from the field, while scoring 21 over 18 minutes in the second half. Tarkus Ferguson added his second double-double of the tournament behind 13 points and 10 rebounds.

Ferguson, Ottey and senior Tai Odiase were each named to the CIT All-Tournament team.