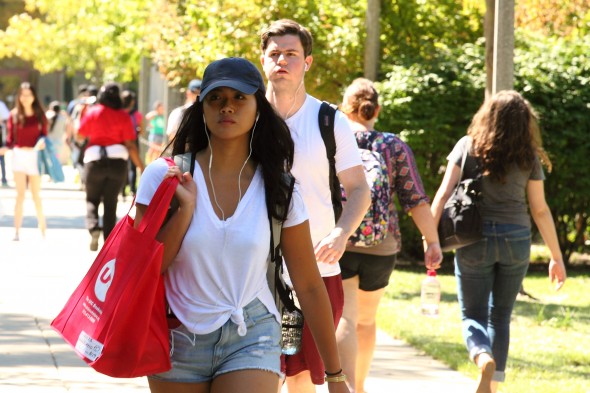 The University of Illinois system enrolled a record 77,073 on-campus students at its three universities this fall, and total enrollment is expected to top a record 81,000 students when all online and off-campus students are counted later this year.

In Urbana, on-campus enrollment increased 1.8 percent to 44,880 students, he said, and included the largest freshman class in its nearly 150-year history with 7,592 students. UIS enrollment was up 0.5 percent to 5,428.

Killeen said system-wide enrollment rose to record levels for the second straight year despite an ongoing state budget impasse that significantly reduced state funding for both fiscal years 2016 and 2017.

“Our enrollment gains are a testament to our global reputation for academic excellence, to our unwavering commitment to student success and holding down student costs, and to ongoing efficiency and effectiveness efforts that put their needs first,” he said.

Despite the state funding shortfall, the U of I system froze tuition for in-state freshmen this fall for the second straight year — the first back-to-back tuition freezes in more than two decades.

Over the last decade, the system also has increased need-based institutional financial aid more than fourfold to $84 million annually. Through state, federal, institutional and donor-provided financial aid, half of undergraduates pay less than full tuition-and-fee sticker prices across the three universities.