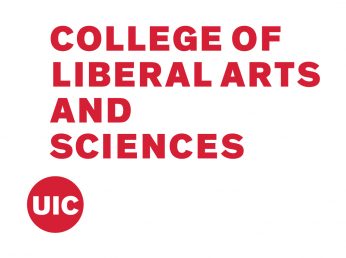 The University of Illinois at Chicago’s College of Liberal Arts and Sciences has received $1.5 million from The Davee Foundation to expand its scholarship support for high-achieving students with financial need.

The fund, which is the College of Liberal Arts and Sciences’ largest scholarship endowment, has produced undergraduate scholarships – renewable from entry through graduation for up to five years – that have covered the full cost of attendance for more than 20 academically-gifted students at UIC since 2006.

“For over a decade, Davee Scholars have received life-changing assistance during their UIC education and have graduated to become meaningful contributors within their communities,” said Astrida Orle Tantillo, dean of the college. “We are deeply grateful for The Davee Foundation’s partnership and generosity in support of talented LAS students – both now and in the future.”

Maribell Heredia, who received a bachelor’s degree in neuroscience last year, says that being a Davee Scholar ensured that she made the most of her college experience. 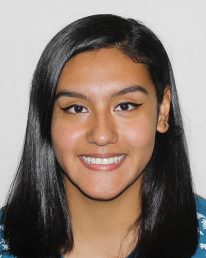 “As a result of the scholarship I was able to live on-campus, minimize my student debt, and participate in activities without the need to pick-up a part-time job that would take away from my studies,” Heredia said. “In addition, I was able to meet with The Davee Foundation’s Board of Directors on a yearly basis which emphasized to me that I had the capacity to achieve my goals and they were right there to support me.”

Heredia, who is a research assistant in the department of psychology, will begin medical school at Rush University in August and she remains grateful for the assistance that brought her one step closer to becoming a physician.

“I want to continue to thank The Davee Foundation because without them this dream would not have been attainable,” she said.

The Davee Foundation, founded in 1964 by market research entrepreneur Ken Davee and his first wife, Adeline Davee, has sought to improve the lives of Chicago area residents through a philanthropic commitment to excellence in higher education, arts, culture, health care and society.

Ruth Dunbar Davee, Ken’s second wife, began her undergraduate education at the Navy Pier campus, the site of the first University of Illinois location in Chicago, and was an ardent supporter of educational causes, including UIC’s mission of access and opportunity in higher education.

“When given the opportunity to start a scholarship endowment for students who would not otherwise be able to attend this prestigious university, she enthusiastically partnered with the College of Liberal Arts and Sciences to establish the fund,” said James W. Dugdale, Jr., president of The Davee Foundation. “The foundation is proud to have been a source of support for these deserving students in pursuit of their educational goals, and we look forward to the additional funding serving many more highly qualified students attending UIC.”

In fall of 2017, 51 percent of first-year students in the College of Liberal Arts and Sciences were from underrepresented groups and 29 percent were first-generation college students.

“More than 75 percent of our students are in need of financial assistance therefore scholarships are critical for the college to meet increased demand for student support,” said Wendy Irvine, director of advancement and assistant dean in the college.

Viri Godinez, a Davee Scholar with a pre-med focus majoring in biological sciences, recently completed her freshman year with a 4.0 GPA. She credits the foundation’s financial support for permitting her to live on campus, maintain a healthy lifestyle, focus on school work and establish important career skills.

“I was also able to save up enough money to take an EMT course held here at UIC, so I will be a certified EMT by the end of the summer,” she said.

She volunteers at UI Health as a greeter and has gained valuable laboratory research experience through UIC’s PAP STEM initiative, which allowed her to work with peers and faculty and develop a professional network in preparation for her graduate studies. Godinez will hold several research positions in UIC College of Medicine labs during the upcoming fall semester.

“As a Davee Scholar, I am aware that I am a very lucky and fortunate individual,” Godinez said. “It’s hard for me to express my gratitude for the foundation’s support but I hope in time, I will show them just how important they have been to me. Everything I accomplish, I can confidently say that I did it with the help of the foundation and I did it for them, too.”