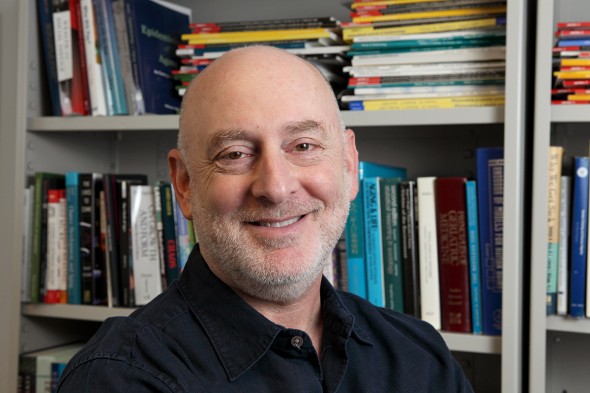 “The reduced number of children being vaccinated in the U.S. isn’t just a problem for those children,” says S. Jay Olshansky. “It’s a problem for the country because it lowers herd immunity.” Photo: Jenny Fontaine

Nearly 200 million cases of polio, measles, mumps, rubella, varicella, adenovirus, rabies and hepatitis A — and approximately 450,000 deaths from these diseases — were prevented in the U.S. alone between 1963 and 2015 by vaccination, researchers estimate. The study is published in AIMS Public Health.

In 1963, vaccination against these infections became widespread, thanks to the development of a human cell strain that allowed vaccines to be produced safely. Globally, the vaccines developed from this strain and its derivatives prevented an estimated 4.5 billion cases of disease and saved more than 10 million lives.

Author S. Jay Olshansky, professor of epidemiology and biostatistics at the UIC School of Public Health, was approached by co-author Leonard Hayflick of the University of California, San Francisco, who wanted to know how many lives had been saved by his development of cell strain WI-38.

Hayflick developed the normal human cell strain in 1962, and it has been used ever since to safely grow the viruses needed to produce vaccines against more than 10 diseases. Before then, many viral vaccines had been grown in monkey cells, but contamination with potentially dangerous monkey viruses forced an end to production, leaving millions vulnerable to common diseases.

“Given the acknowledged large, positive global health impact of vaccines in general, I was curious what contribution my discovery of WI-38 in 1962 had in saving lives and reducing morbidity, since a large number of viral vaccines in use today are made with my cell strain or its derivatives,” Hayflick said.

To determine the number of cases of disease and deaths prevented by vaccines developed using WI-38, Olshansky used previously-published data on cases and deaths for each disease in the U.S. in 1960, before vaccines were available for these diseases. He assumed that these prevalence rates would have held constant through the years without vaccines. Because vaccines for individual disease were introduced over time, to determine how many cases were prevented and lives saved for each disease, Olshansky multiplied the number of years the vaccine has been out (from its debut through 2015) by the prevalence of cases and deaths caused by that disease in 1960.

“Vaccination is a particularly important issue to think about now, given the rise of an anti-vaccine movement that has the potential to reverse the health gains achieved through one of the most powerful interventions in medical history,” Hayflick said. “The anti-vaccination movement endangers the health of an entire generation of children.”

Measles outbreaks in California in 2014 and 2015 among unvaccinated children are just one example of the resurgence of previously unseen diseases attributable to parents who wrongly believe that vaccines have been shown to be harmful.

“The reduced number of children being vaccinated in the U.S. isn’t just a problem for those children,” said Olshansky. “It’s a problem for the country because it lowers herd immunity.”

When almost everyone in a community is immunized against a disease, if an unimmunized person becomes infected, the disease has little opportunity to spread because there are so few unprotected hosts. This is known as ‘herd immunity.’ But if enough people forego vaccination, outbreaks can occur as the disease spreads among unprotected individuals. The recent emergence of some diseases that were previously considered dormant in the U.S., such as measles, demonstrates that the anti-vaccination movement is having a direct, negative effect on public health, Olshansky said, and vaccination rates for measles, mumps and rubella (MMR) in the U.S. are now as low as 50 to 86 percent.

“It is possible that the anti-vaccination movement has arisen among younger generations, in part, because they cannot bear witness to the tragedy of disfigurement, morbidity, and death caused by viral and bacterial diseases,” Olshansky said. A 1998 study often cited by the anti-vaccine movement claimed a link between vaccines and autism in children, but that study has since been shown to be fraudulent.

An estimated 1.4 million children under 5 worldwide still die each year due to lack of access to vaccines.

“It is ironic that in the anti-vaccination community, the very people who are denying protection to their children by foregoing vaccination are healthy and alive today because they, and possibly their parents, were vaccinated,” Olshansky said.

“If the anti-vaccination movement gains any additional traction, developed and developing nations will have taken a dangerous step backward in protecting public health, especially of children,” Hayflick said.

“There is no medication, lifestyle change, public health innovation, or medical procedure ever developed that has even come close to the life-saving, life-extending, and primary prevention benefits associated with vaccines.”

Support for Olshansky was provided, in part, by the MacArthur Foundation Research Network on an Aging Society.