A $50,000 award from the Patient-Centered Outcomes Research Institute to the University of Illinois at Chicago will help support the development of culturally sensitive mental health programs for Rohingya refugees living in Chicago and build capacity for future community-engaged research projects that include this population.

UIC and DePaul students will train Rohingya individuals in providing low-intensity psychosocial support to their peers who express interest at the Rohingya Culture Center. A community advisory group of Rohingya and others interested in the well-being of the refugee community will help identify and guide future research projects and create educational classes and citizenship assistance. 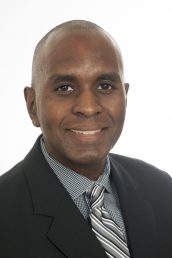 The Rohingya are considered the most persecuted minority group in the world by the United Nations. Originating in the Myanmar region but officially considered a stateless population, they have been denied the right to vote, to freely move and settle, to obtain education and health care, to marry and to celebrate their religious holidays. This year more than 800,000 Rohingya have fled across the border into Bangladesh as a result of increased acts of state-sponsored violence.

Chicago has one of the largest Rohingya communities, with approximately 2,000 individuals who started arriving in the city in 2010. Milwaukee and Fort Wayne, Indiana, also have large populations of Rohingya refugees.

“Many Rohingya have come to the United States after being severely persecuted in their homeland, the Rakhine State in Myanmar,” said Jeremiah. “Most are victims of atrocities and have witnessed acts of genocide against their families and loved ones, and many have lived in refugee camps in Bangladesh and Malaysia.”

Jeremiah has documented high levels of physical and psychological stress, anxiety and fear among Rohingya living in Chicago.

He says the needs of the Rohingya are different than other resettled refugee populations, in part because most are the very first of their kind to migrate to the United States, and culturally appropriate resources to support their integration into the community are limited.

Language is also a major barrier. “Very few Americans know about Rohingya culture or speak their language. As a result, there are limitations on how they are able to communicate and access existing mental health services,” said Jeremiah.

Hearing about the ongoing violence in their homeland is perhaps the most significant source of stress for Rohingya living in Chicago, Jeremiah explained.

“Reports about the escalation of violence against Rohingya in the news during the summer of 2017 brings up much worry among refugees here. They are concerned about the safety and well-being of their parents, grandparents, siblings and villages in Rakhine State, as well as individuals who have fled to safety in neighboring countries,” Jeremiah said. And because communication with loved ones is severely limited, if it takes place at all, many Rohingya live in a perpetual state of worry, unsure as to the safety of family left behind.

Jobs are another major source of stress. “Years of being denied education has created more stress in securing employment opportunities that would be sufficient to provide for their families,” Jeremiah said.

The possibility that individuals from additional majority Muslim countries like Bangladesh could be banned from entering the United States instills additional fear in Rohingya refugees, who worry that they may never be reunited with their families that are still overseas.

Jeremiah hopes that his efforts centered at the Rohingya Culture Center in Rogers Park can be expanded to other Rohingya communities in the United States.