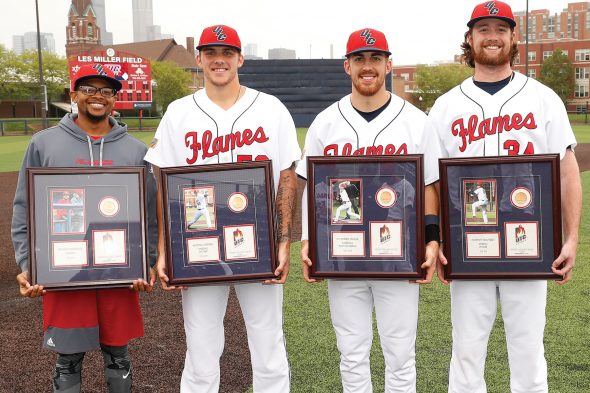 UIC sent its seniors off in style with an 8-5 victory that helped the Flames finish off a three-game sweep of the Youngstown State Penguins Saturday at Granderson Stadium.

Dominic Smith, a junior, had two home runs and seven RBI to lead the charge offensively. Scott Ota, also a third-year standout, popped his fifth home run of the season in the top of the eighth for a bit of insurance.

UIC will be the second seed in the Horizon League Championship, hosted by Wright State.

The Flames will play the tournament’s highest remaining seed at 2 p.m. Thursday. All Horizon League Championship games will air on ESPN+.