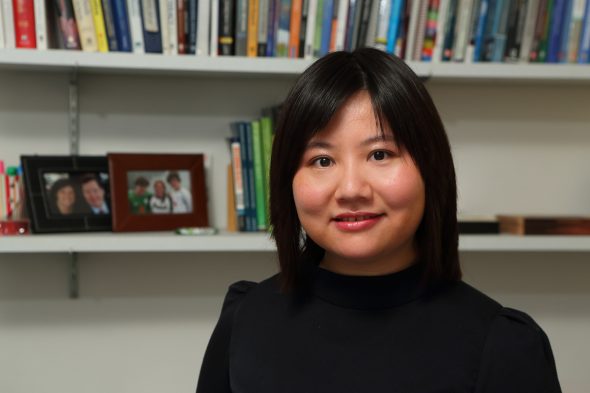 Jessie Chin, a researcher in the College of Applied Health Sciences, will examine how smart home devices, such as Amazon’s Alexa or Google Home, could be used by older adults to serve as memory aids and improve health. ­(Photo: Jenny Fontaine)

Smart home devices can make life easier around the house, but what if they could also improve one’s health?

Two UIC researchers are collaborating on a project that examines the use of smart home devices for health promotion among older adults.

Smart home devices, such as Amazon’s Alexa or Google Home, allow users to speak to the device to request information, such as the news and weather, or give commands, such as playing music. 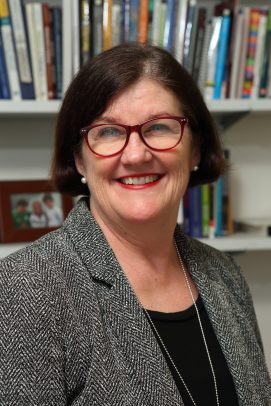 “People tend to use these devices as a personal assistant to manage their life, but the functions could help promote their lifestyle for better health,” said Chin, research assistant professor of biomedical and health information sciences.

The simplicity of voice activation reduces a barrier to the technology for older adults, Quinn said.

“People who are older don’t have the same mental maps as younger people when it comes to technology, and voice-activated personal assistants get over the hurdle of access to technology,” said Quinn, clinical assistant professor of communication. “There’s an ease of use and access that makes them such an interesting technology.”

These devices may have potential to create health benefits, too, particularly in terms of serving as memory aids to compensate for cognitive aging, Chin said.

“People could add reminders to serve as memory aids – they could tell the devices where they stored their keys and ask them later, or set a reminder to take medications with the time and date,” she said. The devices can also be utilized to manage lifestyle. “Older adults tend to have sedentary behavior, so they could set reminders to take a walk regularly, for example.”

Quinn, who focuses her research on the social implications of technology use, plans to examine how the devices could be used to enhance social well-being and reduce loneliness among older adults.

“Social connection is really important at older ages,” Quinn said. “We know that when older adults are disconnected and lonely, there is a greater incidence of cognitive decline, depression and early mortality.

“There are some interesting things that happen when we age — we retire and lose social connections, we lose spouses and friends who have died. There’s mobility limitations and higher incidences of chronic disease. All of these things are connected to the decline in the ability to connect with people.”

“We haven’t stretched these devices as far as we need to stretch them,” she said. “But these are, in many ways, cognitive technologies. You can set social reminders – your niece’s birthday or a friend’s anniversary. You can set a memory reminder to recall that certain things happened on this day. Or that you haven’t talked to your cousin in a while and should send them a message.

“That level of engagement could be a really nice way to promote social interaction.”

Chin will present some preliminary findings with Catherine Burns and Yeti Li, collaborators from the University of Waterloo, at the Cognitive Aging Conference in Atlanta in May.

Their collaboration formed after Chin attended an East+West Research Mixer during the fall semester. She was talking about her research interests with another professor in communication, Zizi Papacharissi,  who connected her with Quinn.

“I focus on how the physical health of older adults can be improved through the medium of technologies,” Chin said, “and Kelly has expertise on the social and communication aspects. It’s a good complement that we can work together.”

“We’re a big university, so these mixers really create these smaller communities,” Quinn added. “It’s helping us leverage the resources that the university has to solve some of these larger problems.”