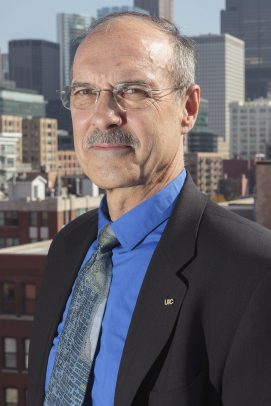 The Great Recession will have American cities cutting services and raising fees for years to come, according to Michael Pagano in his blog for The Atlantic Cities.

His perspective comes from the annual “City Fiscal Conditions” report that he has co-written since 1991 for the National League of Cities, which examines data for America’s 100 largest cities and surveys finance officers in hundreds of towns of 10,000 or more.

On the state level, Pagano has given the 50 states an average of B-minus for management of infrastructure. He is one of four research partners on the Pew Charitable Trust’s 14-year study of each state’s management of money, people, infrastructure, and information.

In 2011, he received the American Political Science Association’s Daniel Elazar Distinguished Scholar Award for lifetime contributions to the study of federalism and intergovernmental relations.

Pagano also serves as the inaugural director of The Government Finance Research Center at UIC.