Dread Scott on Wall Street in a video included in the upcoming Gallery 400 exhibition “It’s the Political Economy, Stupid.” (click on image for larger file size)

Gallery 400 at the University of Illinois at Chicago has received a $137,488 federal grant to explore the changing ways people sustain themselves in the “new normal” of today’s economy.

The two-year series of exhibitions and events, titled “Standard of Living: Art and 21st Century Economies and Work,” is funded under the Museums for America program of the Institute of Museums and Library Services, designed to enable museums to serve the public more effectively.

Gallery 400 was the only contemporary art institution in Illinois to receive a Museums for America grant. Other Chicago institutions receiving grants are the Field Museum, Shedd Aquarium, and Chicago Children’s Museum.

The first exhibition in the series, “It’s the Political Economy, Stupid,” is on view Nov. 1 through Dec. 14.  This traveling group exhibition includes videos documenting artist Dread Scott burning dollars on Wall Street, flamenco flash mobs taking over Spanish bank lobbies, barbarism spreading through a doomed hedge fund, and other works from around the world that address the prolonged economic crisis.

Gallery 400 plans to devote nearly half of its annual programming over the next two years to the Standard of Living series. The gallery will draw on its partners throughout the diverse Near West Side to form an advisory board of community leaders, activists, scholars and artists who can identify and articulate labor and economic issues, including how artists live and work in a post-recession economy.

“‘Standard of Living’ will not only create programs that address the most vital issues in the Chicago region—employment, work and basic economics; it will also transform the basic operations of the Gallery, bringing together people for whom these issues matter most as active participants in the development of our programs,” Stewart said.

The exhibitions and events will be shared at gallery400.uic.edu through video, audio, images and text, including blog posts by staff, audience members, community partners and others.

“This year marks the gallery’s 30th anniversary and our first year in UIC’s new School of Art & Art History, so it’s fitting that ‘Standard of Living’ marks a new era in which our programs are more relevant and transformative than ever for our audiences,” Stewart said.

Gallery 400 is a not-for-profit arts presenter and exhibition space that positions its exhibitions, lectures, and artist commissions as transformational experiences, opportunities to build community, and avenues for learning in informal social settings. 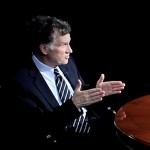 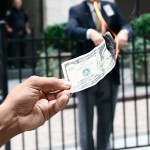 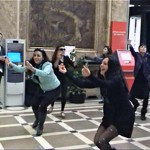