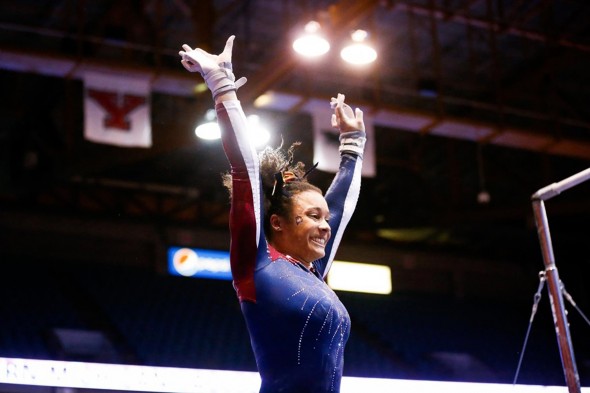 Sophomore Mikailla Northern represented the Flames at the NCAA Fayetteville Regional Saturday, wrapping up the afternoon with a 38.150 all-around total.

She started the competition on bars, grabbing an 8.800. Northern tackled beam in her second rotation, earning a 9.750. Following a third-rotation bye, Northern recorded a 9.775 on floor. She finished on vault and scored her highest mark of the afternoon, a 9.825.

“After some nerves on bars, Miki had almost a perfect meet,” co-head coach Peter Jansson said. “We could not be more proud of her.”

Utah took home first place with a team score of 197.150, followed by Denver in second (197.050). Both teams received an automatic bid to the NCAA Championship in St. Louis. Auburn’s Katie Becker (39.200), and Jessica Yamzon (39.175) of Arkansas received bids as individual all-around competitors.