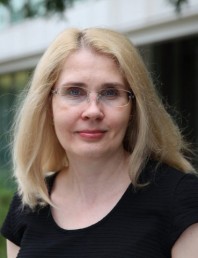 In one of the first crowdfunding studies focusing on social enterprises, researchers at the University of Illinois at Chicago have found that how a pitch is voiced and worded is much more important for social entrepreneurs than for their commercial counterparts.

The researchers examined 656 Kickstarter campaigns from 2013 and 2014. They found that linguistic styles that made the campaigns and their founders more understandable and relatable to the crowd boosted the exposure and success of social campaigns — but hardly mattered for commercial enterprises.

Research on what makes a crowdfunding projects successful has mostly focused on content, or what one says, and “ignored linguistic style, or how one speaks,” says Annaleena Parhankangas, assistant professor of entrepreneurship in the UIC College of Business Administration, who led the study.

“Here, we show that the persuasiveness of entrepreneurs’ stylistic expressions is dependent on their category membership — that is, whether they are social or commercial entrepreneurs.”

Parhankangas said social entrepreneurs “also need to build personal rapport with the audience, by sharing personal experiences and using a highly interactive style,” such as asking a series of questions rather than presenting statements. For commercial entrepreneurs, style does not matter as much, and content is likely to be enough to persuade their audience to invest.

Parhankangas said the popularity of crowdfunding for entrepreneurial fundraising is growing fast. Social entrepreneurs in particular are finding it to be an important method of funding, as more traditional means of financing have proven inadequate. About 1,250 active crowdfunding platforms worldwide raised about $16.2 billion for companies and causes in 2014, according to the Massolution 2015 Crowdfunding Industry Report.

“Early-stage entrepreneurs are increasingly involved in the theatrical pitching of their projects to various audiences at forums, such as accelerator demo days, pitch mixers, competitions, and online crowdfunding sites,” she said. “How they deliver the message matters — and, as a result, it is important to study how entrepreneurs’ language use affects their chances of raising funding.”

An interesting avenue for future research would be to investigate professional investors’ sensitivity to linguistic styles in crowdfunding pitches, Parhankangas said.

Maija Renko, UIC associate professor of entrepreneurship, is co-author of the study.