Low-dose THC can relieve stress; more does just the opposite

Cannabis smokers often report that they use the drug to relax or relieve stress, but few studies provide clinical evidence of these effects. 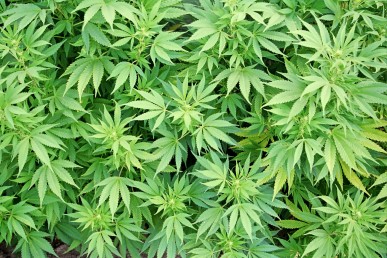 Now, researchers at the University of Illinois at Chicago and the University of Chicago report that low levels tetrahydrocannabinol, or THC, the main psychoactive compound in marijuana, does reduce stress, but in a highly dose-dependent manner: very low doses lessened the jitters of a public-speaking task, while slightly higher doses — enough to produce a mild “high” — actually increased anxiety.

Cannabis is a highly regulated category 1 substance, and permits to study the drug are difficult to obtain. While it is common knowledge that many people use cannabis for its stress-relieving effects, “very few published studies have looked into the effects of THC on stress, or at the effects of different levels of THC on stress,” says Emma Childs, associate professor of psychiatry in the UIC College of Medicine and corresponding author on the study, published in the journal Drug and Alcohol Dependence.

“We found that THC at low doses reduced stress, while higher doses had the opposite effect, underscoring the importance of dose when it comes to THC and its effects.”

Childs and her colleagues recruited 42 healthy volunteers 18 to 40 years old who had some experience with cannabis use but who were not daily users.

“The doses used in the study produce effects that are equivalent to only a few puffs of a cannabis cigarette,” said Childs, noting that it is difficult to compare doses of smoked cannabis to doses of ingested THC. “We didn’t want to include a much larger dose, because we wanted to avoid potential adverse effects or cardiovascular effects that can result from higher doses of THC.”

Participants attended two four-hour sessions at the University of Chicago, five days apart. At each session, they took their capsule and then relaxed for two hours to allow the THC to be absorbed into the bloodstream.

During one session, participants were asked to spend 10 minutes preparing for a mock job interview. They were then subjected to a five-minute interview with lab assistants who did not offer any feedback, verbally or through body language, although video display was visible to the participant, showing their performance. Participants were then instructed to count backwards from a five-digit number by subtracting 13, for five minutes — a task that is “very reliably stress-inducing,” Childs said.

In their second visit, participants were asked to talk to lab assistants about a favorite book or movie for five minutes and then play solitaire for another five minutes.

Before, during and after each of the two activities, participants rated their stress levels and feelings about the tasks. Blood pressure, heart rate, and cortisol, a key stress hormone, were measured at intervals.

The participants who received 7.5 milligrams of THC reported less stress after the psychosocial test than those given a placebo, and their stress levels dissipated faster after the test.

Participants who received 12.5 milligrams of THC before the two tasks reported greater negative mood before and throughout the task, and were more likely to rate the psychosocial task as “challenging” and “threatening” beforehand. Participants who received this dose also had more pauses during the mock interview compared to those in the placebo group.

There were no significant differences in participants’ blood pressure, heart rate or cortisol levels — before, during or after the doses or the tasks.

“Our findings provide some support for the common claim that cannabis is used to reduce stress and relieve tension and anxiety,” Childs said. “At the same time, our finding that participants in the higher THC group reported small but significant increases in anxiety and negative mood throughout the test supports the idea that THC can also produce the opposite effect.”

“Studies like these — examining the effects of cannabis and its pharmacological constituents under controlled conditions — are extremely important, considering the widespread use of cannabis for both medical and non-medical purposes,” she said.  “Unfortunately, significant regulatory obstacles make it extremely difficult to conduct this type of research — with the result that cannabis is now widely available for medical purposes with minimal scientific foundation.”

Joseph Lutz of UIC and Harriet de Wit of the University of Chicago are co-authors on the study, which was supported by grant DA02812 from the National Institute on Drug Abuse.