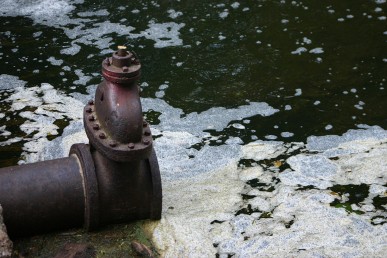 The center, called the ChicAgo Center for Health and EnvironmenT (CACHET), will study and ultimately reduce environmental health-related disparities among residents of Chicago.

The Center is the first of its kind for Illinois, Indiana and Wisconsin. It will focus first on understanding and reducing the dramatic racial and ethnic health disparities in the South and West sides of Chicago, where environmental pollutants are most prevalent.

“Our two institutions, with overlapping strengths, will work closely together to mitigate disparities in environmental health,” said center co-director Dr. Habibul Ahsan, the Louis Block Professor of public health sciences, medicine and human genetics and associate director of the Comprehensive Cancer Research Center at the University of Chicago.

“We will focus on the biological, social and economic connections between urban environmental exposures and human disease,” he added, “and apply the knowledge we gain to the reduction of health inequities.”

“Although studies have identified multiple contributors to these inequities, the determinants of racial and ethnic health disparities remain poorly understood,” Prins said, “which makes successful intervention much more challenging.”

CACHET researchers, drawn from multiple departments from both universities, will analyze the health effects on adults and children from the area to substances such as air pollution, water quality, exposure to industrial chemicals and other contaminants. The center will also work to identify critical windows of susceptibility, study combined exposures, and develop new ways to measure each person’s environmental exposures over time.

CACHET provides a formal mechanism enabling investigators from both institutions to interact frequently and undertake innovative and impactful projects together. This includes shared research cores, such as an integrated health sciences core, a community outreach and engagement core, a biomarkers core, and a pilot projects and career development core.

“We have already observed cross-fertilization of ideas and expect that CACHET will create a powerful synergy and greatly enhance the environmental health science research portfolio of both institutions,” Ahsan said.

The NIEHS Environmental Health Sciences Core Centers Program facilitates these collaborations by funding institutional infrastructure to support scientific equipment, facilities, and other resources that can be shared among environmental health researchers.

“As a National Institute of Environmental Health Sciences-designated center, we are better equipped to pursue shared research questions and identify emerging issues that advance understanding about how pollutants and other environmental factors affect human biology and heighten disease susceptibility,” Prins said.

CACHET is one of more than 20 centers across the country. It is the only center operated jointly and equally by two institutions.