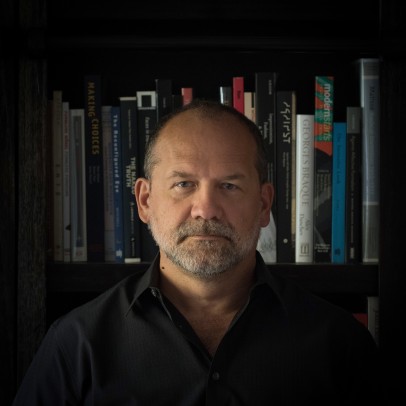 Michał Paweł Markowski, the Stefan and Lucy Hejna Family Chair in Polish Language and Literature at UIC, is the recipient of the American Association of Teachers of Slavic and East European Languages’ 2016 award for outstanding contribution to scholarship.

Markowski, who is also professor and head of Slavic and Baltic languages and literatures, will be honored Friday during the association’s annual conference in San Francisco. He will present the keynote at the following year’s meeting.

Markowski is the author, editor, or translator of more than 30 books and 200 essays on Polish literature, literary theory, and general humanities. Recent works include “Politics of Sensitivity: Introduction to the Humanities,” as well as numerous collections of essays; the most recent of which, “The Dribble,” was short-listed in Poland for the prestigious literary Gdynia Award.

“Day on Earth,” a collection of his fictional and nonfictional writings accompanied by a selection of photographs, was long-listed in 2015 for the Angelus Prize, which honors the best books from Central Europe published in Poland.

His previous honors include Kraków, Poland’s Kazimierz Wyka Award for literary criticism and essay writing; the Polish Academy of Sciences’ Alexander Brückner Award for best Polish scholar in the humanities; the Koscielscy Prize in literature for his essay writing; and the Polish Science Foundation’s master grant for research. The latter supported his project, “The Humanities After Deconstruction,” and a related international conference.

Markowski is the artistic director of the annual Joseph Conrad International Literary Festival in Kraków and is an editorial board member of the journal Slavic Review. He is also a photographer and cultural commentator for Polish magazines.

Prior to arriving at UIC in 2010, he served as director of the Centre for Advanced Studies in the Humanities and chairman of international Polish studies at Jagiellonian University in Kraków.