Researchers are one step closer to developing a blood test that provides a simple biochemical hallmark for depression and reveals the efficacy of drug therapy in individual patients.

Published in a new proof of concept study, researchers led by Mark Rasenick, University of Illinois Chicago distinguished professor of physiology and biophysics and psychiatry, have identified a biomarker in human platelets that tracks the extent of depression. 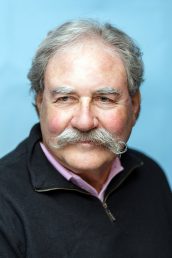 The research builds off of previous studies by several investigators that have shown in humans and animal models that depression is consistent with decreased adenylyl cyclase — a small molecule inside the cell that is made in response to neurotransmitters such as serotonin and epinephrine.

The new study, “A Novel Peripheral Biomarker for Depression and Antidepressant Response,” published in Molecular Psychiatry, has identified the cellular biomarker for translocation of Gs alpha from lipid rafts. The biomarker can be identified through a blood test.

“What we have developed is a test that can not only indicate the presence of depression but it can also indicate therapeutic response with a single biomarker, and that is something that has not existed to date,” said Rasenick, who is also a research career scientist at Jesse Brown VA Medical Center.

The researchers hypothesize they will be able to use this blood test to determine if antidepressant therapies are working, perhaps as soon as one week after beginning treatment. Previous research has shown that when patients showed improvement in their depression symptoms, the Gs alpha was out of the lipid raft. However, in patients who took antidepressants but showed no improvement in their symptoms, the Gs alpha was still stuck in the raft — meaning simply having antidepressants in the bloodstream was not good enough to improve symptoms.

A blood test may be able to show whether or not the Gs alpha was out of the lipid raft after one week.

“Because platelets turn over in one week, you would see a change in people who were going to get better. You’d be able to see the biomarker that should presage successful treatment,” Rasenick said.

Currently, patients and their physicians have to wait several weeks, sometimes months, to determine if antidepressants are working, and when it is determined they aren’t working, different therapies are tried.

“About 30% of people don’t get better — their depression doesn’t resolve. Perhaps, failure begets failure and both doctors and patients make the assumption that nothing is going to work,” Rasenick said. “Most depression is diagnosed in primary care doctor’s offices where they don’t have sophisticated screening. With this test, a doctor could say, ‘Gee, they look like they are depressed, but their blood doesn’t tell us they are. So, maybe we need to re-examine this.’”

Working with his company, Pax Neuroscience, Rasenick aims to develop the screening test after further research.

Additional researchers are Jeffrey Schappi, Athanasia Koutsouris and Runa Bhaumik, all of UIC; Steven Targum of Signant Health, Mark Rapaport of the University of Utah, and Natalie Rasgon of Stanford University.