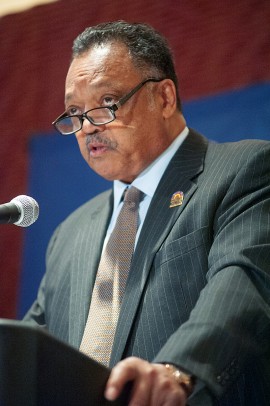 The University of Illinois at Chicago’s department of political science will present “Trump’s America,” a talk by civil rights leader Rev. Jesse Jackson.

Jackson’s presentation, presented as part of the UIC department of political science’s speaker series, will address political and social developments since the presidential election.

Jackson has advised presidents, conferred with international heads of state, and held leading roles in numerous civil rights efforts for more than 40 years.

As leader of Operation PUSH since 1971, he has promoted peace and economic and social justice while working on issues related to human rights, gender equality and voter registration.

Jackson is a two-time Democratic presidential candidate and recipient of the Presidential Medal of Freedom, the nation’s highest civilian honor, which was conferred by President Bill Clinton in 2000.

His books include “Straight from the Heart” and “Legal Lynching: Racism, Injustice and the Death Penalty.”