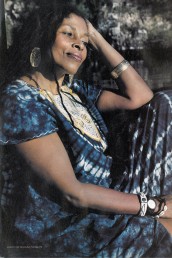 “Eyes of the Rainbow,” which focuses on the life of activist Assata Shakur, will be shown July 20. Photo: Adama Delphine Fawundu

The Social Justice Initiative at the University of Illinois at Chicago, in partnership with the UIC Latino Cultural Center, presents “Holá Cuba!” a summer film and discussion series featuring documentaries that examine Cuba’s past and present, particularly its efforts at social transformation and the building of a new society.

Admission is free, but space is limited. RSVP online. For more information, call (312) 355-5922 or visit the initiative’s website.

July 20
“Eyes of the Rainbow” focuses on the life of activist Assata Shakur, the Black Panther and Black Liberation Army leader who escaped from prison and was given political asylum in Cuba, where she has lived since 1984. The 1997 documentary features an interview with Shakur, who discusses her history and her life in Cuba. 63 min. 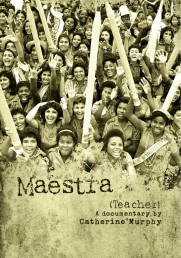 “Maestra” is one of two short films scheduled to be screened July 27.

July 27
“Maestra,” narrated by Pulitzer Prize-winning author Alice Walker, explores the experiences of nine women, who as young girls were among the youngest teachers involved with the 1961 Cuban Literacy Campaign. 33 min.

“With a Stroke of the Chaveta” takes viewers into the legendary cigar factories of Cuba to witness the unique practice of “la lectura de tabaquería,” the collective reading of literature while tabaqueros roll habanos. It examines how the readings helped communities of cigar workers in Cuba, Puerto Rico, Florida and New York with education and developed a sense of class solidarity. 28 min.

Aug. 3
NEW EVENT-  “Fidel: The Untold Story” explores the life of Fidel Castro by juxtaposing the personal story of the controversial Cuban leader with the history of the Cuban revolution and the country’s fight to survive the post-Soviet period. 91 min. (This film replaces the previously scheduled presentation of “Gay Cuba.”)