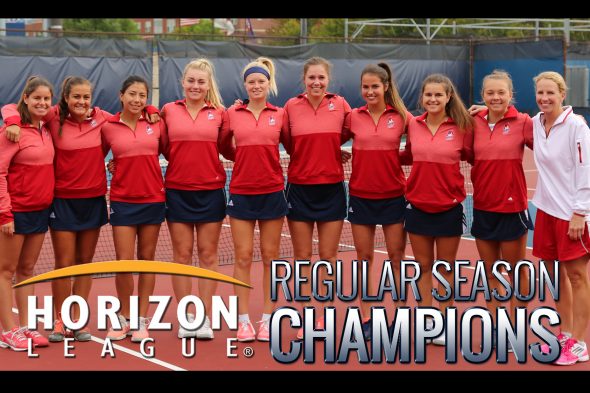 The women’s tennis team (14-6, 8-1 Horizon League) won its second-straight regular season title Sunday with a 7-0 shutout win over Cleveland State (11-12, 7-2 HL). Not only was the victory UIC’s seventh conference win in a row, but it also secured the Flames the No. 1 seed in the Horizon League Tournament.

The Flames will receive a first-round bye in the tournament, facing the winner of the quarterfinal match between the No. 4 and 5 seed in the semifinals at 10 a.m. Saturday.

Le Comber won to start singles, 6-0, 6-2. Seifert completed the regular season undefeated in Horizon League play in her 12th straight win. Sanders secured the win for the Flames with a straight-set win, 6-3, 6-3. Bianca Zuzu won her sixth-straight and Colic won her set. LeBlanc completed the sweep for the Flames.