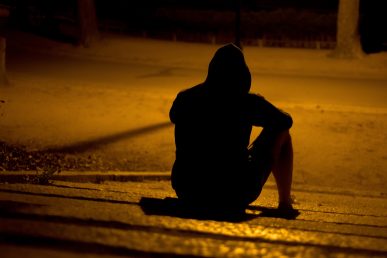 The University of Illinois at Chicago has been awarded $7 million in funding from the Patient-Centered Outcomes Research Institute (PCORI) to develop programs to prevent depression among teens.

Dr. Benjamin Van Voorhees, a pediatrician, is the principal investigator of the study, which will include a diverse group of more than 500 adolescents ages 13 to 19 from urban, suburban and rural areas throughout Illinois and Kentucky.

“Depression is a significant public health crisis with very few scalable preventive interventions, especially among children and adolescents,” said Van Voorhees, professor and head of pediatrics in the UIC College of Medicine. “In the face of the lifelong effects of adolescent depression, including everything from difficulty in school and future relationships to risk of substance abuse, self-harm and even suicide, it is absolutely essential that we develop better preventive programs for this vulnerable group of people.”

To study the two interventions, Van Voorhees and a team of clinicians and researchers will enroll teens in the study who will be randomized to either the CATCH-IT group or the POD group.

Teens in the CATCH-IT group, which is an acronym for Competent Adulthood Transition with Cognitive behavioral Humanistic and Interpersonal Training and which has been supported by the National Institute of Mental Health, will participate in a self-directed online learning program with 15 modules for teens. Five modules will be available for parents. Teens in the POD group, for Prevention of Depression group therapy model, will participate in 12 in-person group therapy sessions. Five sessions will be held for parents.

The researchers will follow the teens for 18 months, at which point they will measure if and when a depressive episode develops.

“There is evidence to support both programs, which vary significantly in terms of time and human resources, but we don’t really know how they compare,” Van Voorhees said. “To improve care and outcomes for the most people, we need to see which program has the greatest capacity for large-scale impact across different environments.

“We also need to ask providers, patients and parents what they think about these interventions,” he said.

Van Voorhees said that UIC is well positioned to lead the trial because of its strong history of caring for patients with depression and its prior and ongoing research into depression among kids and adolescents in its Center on Depression and Resilience. He also points to the University of Illinois Hospital in Chicago, its network of federally qualified health centers on the South and West sides of the city, and its College of Medicine campus in Rockford as organizations that serve people in diverse communities in Illinois.

Working with UIC on the project are Advocate Health Care in Chicago; Jericho Walk in Chicago, a program of the Church of the Living God; Katherine Shaw Bethea Hospital in Dixon, Illinois; the University of Louisville in Louisville, Kentucky; and Wellesley College in Wellesley, Massachusetts.

“We want to study these interventions in multiple regions and among teens in various groups — such as those identifying as LGBTQ, for example,” Van Voorhees said. “We need something that works for everyone.”

“This project was selected for PCORI funding not only for its scientific merit and commitment to engaging patients and other stakeholders, but also for its potential to fill an important gap in our health knowledge and give people information to help them weigh the effectiveness of their care options,” said PCORI Executive Director Dr. Joe Selby.

Dr. Tracy Gladstone of Wellesley College is a co-principal investigator on the study.

The award has been approved pending completion of a business and programmatic review by PCORI staff and issuance of a formal award contract. PCORI’s mission is to fund research that will provide patients, their caregivers and clinicians with the evidence-based information needed to make better-informed health care decisions. The research will begin upon issuance of approval from the UIC Office for the Protection of Research Subjects.