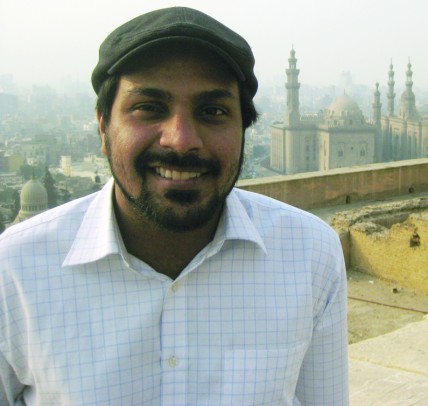 Junaid Quadri, assistant professor of history and religious studies at the University of Illinois at Chicago, is among 71 scholars selected for an American Council of Learned Societies fellowship award, which support humanities and social science research.

The $39,000 award will support one year of research for his book project “Transformations of Tradition: Islamic Law in Colonial Modernity,” which is a historical examination of the development of Islamic law over the past 150 years.

“Drawing upon the writings of jurist-scholars writing in Cairo, Kazan, Lucknow and Istanbul, my project tracks several central shifts in Islamic legal writing that throw into doubt the possibility of reading its later trajectory through the lens of a continuous tradition,” he says.

“Instead, this work argues that the colonial moment marks a significant rupture in how Muslim jurists understood history, authority, science, and religion, thereby upending the very ground upon which Islamic law had functioned before modern colonialism.”

Quadri, who joined UIC in 2013, has previously received fellowships from the American Center for Oriental Research in Amman, Jordan; the American Research Center in Egypt; and the Social Sciences and Humanities Research Council.

Founded in 1919, the American Council of Learned Societies is a private, nonprofit federation that seeks to advance studies in all fields in the humanities and the social sciences. The fellowship program is funded by the council’s endowment, which has received contributions from The Andrew W. Mellon Foundation, the National Endowment for the Humanities, the council’s college and university associates, past fellows and other individual donors.