University of Illinois at Chicago nursing professor Holli DeVon will continue conducting research on cardiovascular disease during the 2017-2018 school year, but she will be off-campus to do so. Way off campus. 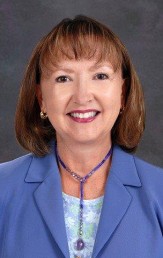 DeVon has received a Fulbright U.S. Scholar Program award to study predictors of premature cardiovascular disease in HIV-positive patients in Rwanda, an African country of more than 11 million people located a few degrees south of the equator. She is one of more than 1,200 U.S. citizens who will teach, conduct research and provide expertise abroad during the upcoming academic year through Fulbright scholarships.

DeVon’s research, to be conducted with Dr. Brenda Asiimwe-Kateera from the University of Rwanda College of Medicine and Health Sciences, will focus on reducing cardiovascular disease through screenings, risk reduction strategies and symptom surveillance in individuals with HIV. She will expand her research to the U.S. following her fellowship.

After eight years of contemplating whether to apply for such a prestigious award, DeVon felt that this was the year to submit an application to the Fulbright organization. But she was undecided where in the world she was most needed. She knew after discussing it with former UIC nursing dean Mi-Ja Kim.

“Mi-Ja immediately said to go to Rwanda,” DeVon said. In 2012, Kim led a UIC contingent that participated in the Rwanda Human Resources for Health program, whose goal is to improve nursing and midwifery, dental and medical education, along with human resources, in the East African nation. UIC was one of five U.S. nursing schools selected for the program, and since that time Kim, as well as other UIC clinical nursing faculty, have been teaching at the University of Rwanda.

DeVon and her research team has used an integrated, biobehavioral approach by studying genetic, inflammatory and behavioral aspects of ischemic heart disease, which is characterized by reduced blood supply to the heart and is the most common cause of death in most western countries. An additional research interest has been individuals that are vulnerable to poor health outcomes as a result of age, race/ethnicity, and/or low social status.

HIV and cardiovascular disease and chronic diseases diminish quality of life, reduce physical and mental function, and require symptom management. Rwanda has successfully reduced the incidence of HIV but has seen an increase in non-communicable diseases such as heart disease, DeVon said.

“Our central hypothesis is that risk factor predictors of cardiovascular disease are multifactorial with biological, physiological, psychological and social determinants adding to individual variations, and that women and men will differ on predictors,” she said. “The rationale for our study is that antiretroviral drugs lead to vascular damage and early onset cardiovascular disease.”

While in Rwanda, DeVon hopes to provide community workshops on cardiovascular health and  preventive care, with the goal of decreasing cardiovascular risk factors. Her goal, she said, is to “engage the local community to improve their health, to increase cultural understanding, and build a rapport with those with whom I can interact.

“The human condition is not all that different around the world. It’s just the environment that is different. I’m extremely excited about this opportunity.”