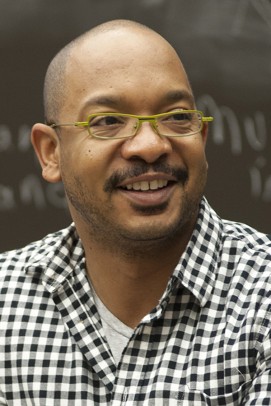 Roderick Ferguson, professor of African American studies and gender and women’s studies at the University of Illinois at Chicago, has been named president-elect of the American Studies Association, the oldest and largest academic association dedicated to the interdisciplinary study of U.S. culture and history in a global context.

Ferguson, a scholar of race and gender issues, will take on the president-elect post in July. The following year, he will begin a one-year term as the organization’s president, and then serve as past-president the next year.

His research interests include African American literature and history, queer theory, sociology of race and classical and contemporary social theory. He also serves as the co-director of the Racialized Body research cluster at UIC.

Ferguson has authored numerous articles, and his books include the forthcoming “We Demand: The University and Student Protests,” “The Reorder of Things: The University and Its Pedagogies of Minority Difference” and “Aberrations in Black: Toward a Queer of Color Critique.”

He is the co-editor of the University of Minnesota Press book series “Difference Incorporated” and co-editor of the anthology “Strange Affinities: The Gender and Sexual Politics of Comparative Racialization

He was awarded the Modern Language Association’s 2000 Crompton-Noll Award, which honors the best essay in lesbian, gay, and queer studies in the modern languages. From 2007 to 2010, he was associate editor of the American Studies Association’s flagship journal, American Quarterly.

Ferguson has been a visiting scholar at Princeton University and the University of California, Irvine.

Prior to arriving at UIC in 2014 from the University of Minnesota, he was professor of race and critical theory and previously served as chair of the department of American studies.