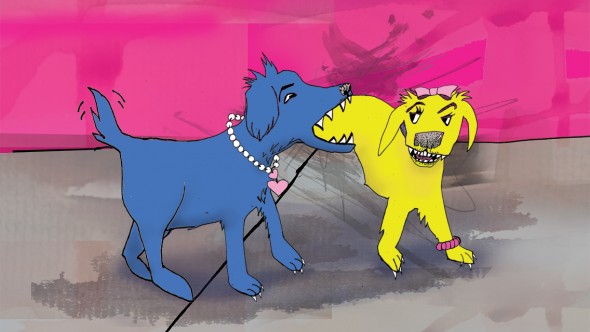 “Glengarry Glen Ross,” by Chicago playwright David Mamet, will be presented at the UIC Theatre with a female cast.

When Derrick Sanders first began envisioning a main cast of females taking over such a testosterone-fueled play as “Glengarry Glen Ross” nearly a decade ago, the University of Illinois at Chicago director could not have imagined how prescient his choice would become after the recent presidential election.

Sanders, an assistant professor of theatre in the School of Theatre and Music, who is directing the Pulitzer Prize and Tony Award Winning play at UIC in February, initially planned it as an homage to the strong women in his family who must navigate the male-dominated work world.

As he worked on other projects over the years, he continued to ponder the play when the real estate world began to implode. Then he began to hear how predatory lending practices had a devastating impact on minorities and other vulnerable groups. Often minorities were targeting other minorities, he noted.

“I was really interested in how my sisters as women navigate the business world and navigate masculine-dominated fields,” Sanders explained. “I combined the ideas of a minority-owned women’s firm and minority-owned office targeting black and Latino communities and put ‘Glengarry Glen Ross’ right smack dab in the middle of the real estate bubble bursting and they don’t know it yet.”

The play, which premiered in 1983 and written by Chicagoan David Mamet, takes place over several days and depicts four desperate Chicago real estate agents prepared to engage in unethical and illegal acts to sell undesirable real estate to unwitting buyers. 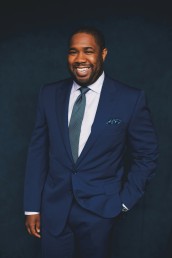 Sanders, who received Mamet’s permission to shake up the original all-male casting, chose a diverse female cast that includes African American, Asian and Latina students. A male student continues to play the police detective; an ominous figure whose presence destabilizes the group.

In his interpretation of the play, Sanders also hearkens back to Greek tragedy and uses a Greek chorus to represent an ominous board of directors of the real estate company — made up of white, male students — who are actually in charge of the women.

He said he found it a challenge to get the female cast members to interpret Mamet’s male dominated world. He said the playwright’s language is so rich that it gains layers when interpreted by the female cast.

“The men’s approaches in the play are blunt attacks, they are attacks that go straight to the head and hit with a blunt object but women navigate the world in a more strategic way, they slice and cut a little differently and deeper,” Sanders said. “I’m asking young women to imagine themselves with the amount of power and entitlement that males would have in the early 80s.”

Ultimately, he said he hopes the play allows people to see the hypocrisy and double standards women must face in the work world and he pointed to Hillary Clinton and the recent presidential election as an example.

“The same thing that made her successful in the world of politics, in a world where she went around dealing with nations with leaders who were men and who may not have wanted to speak to her is the same thing that people didn’t like about her,” Sanders said. “They didn’t trust her because she seemed cold and distant but that’s the same thing a man would have been praised for.”

Sanders, a multiple Jeff Award- and Black Excellence Award-winner, is the founding artistic director of Congo Square Theatre Company and was named the Chicago Tribune’s 2005 Chicagoan of the Year in Theater.

“Juxtaposition always invites comparison and critique. By casting women in roles that were written by a man for men, professor Sanders’ adaptation juxtaposes language, ideas and behavior typically attributed toward men to women,” said Christine Mary Dunford, director of the School of Theatre and Music. “I believe the play will boldly question and challenge assumptions about the gender roles and norms that are typically accepted in our society, and powerfully propose questions about power and agency.”