The University of Illinois at Chicago and its North Lawndale community partner submitted a comprehensive proposal to host the Obama Presidential Library today. The proposal outlines a vision for creating an east-west cultural and civic corridor extending from the lakefront Museum Campus through UIC to North Lawndale, uniting and serving community and academic purposes and establishing dramatic new public green spaces throughout the corridor.

While the UIC academic site and the community site in North Lawndale are each viable as stand-alone host sites for the presidential library and related offices, the proposal envisions the use of both sites, including:

UIC officials say the east-west cultural and civic corridor created by the library and institute would complement Chicago’s north-south lakefront axis. A video accompanying the proposal recounts historic events along this east-west corridor, such as Daniel Burnham’s 1909 Plan of Chicago, which envisioned a civic center at Congress and Halsted; Jane Addams’ Hull House settlement; and Martin Luther King, Jr.’s northern outpost of the Freedom Movement in North Lawndale.

The proposal envisions forming a new town square in North Lawndale, with the library and museum serving as a hub to generate commercial and residential development. The defunct “Sears line” viaduct that enters the middle of the site from the east would set up a campus spine along a new bike trail and pedestrian corridor.

A proposed Bus Rapid Transit line along Roosevelt would connect the new Obama Campus to the Museum Campus on the lakefront. Along the route, the proposal suggests “these developments would contribute to a re-densification and diversification of the residential grid, the expansion of Chicago Park District land and recreational facilities, and the provision of a civic destination accessible to a wide variety of communities.”

“A presidential library and museum brings a wealth of academic resources and opportunities for neighborhood engagement, betterment and economic growth,” said UIC Chancellor Paula Allen-Meares. “The UIC-North Lawndale partnership envisions a library that has the potential to add intellectual value to the city and is enhanced by our collaboration with Isiah Thomas, who is known for his work in helping to strengthen communities.”

The proposal states: “The goal for the Library, along with its allied public and private investment, would be to irrigate this zone with new potential, stimulating economic and infrastructure development as well as providing a larger case study in how to reclaim and rehabilitate the 21st-century city.”

The entire proposal, letters of support, video and other materials are online at presidential-library.uic.edu. 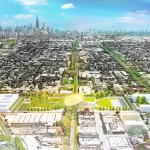 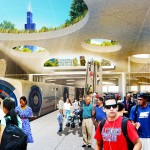 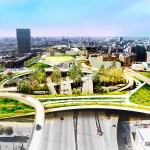 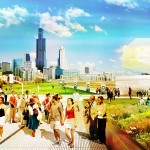