UIC to continue study of risky behavior by sexual-minority women

The University of Illinois at Chicago College of Nursing has received a $3.25 million federal grant to continue its research to identify risk and protective factors related to drinking and drinking-related problems among sexual-minority — lesbian or bisexual — women. 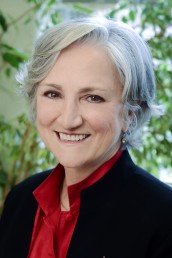 The five-year study, led by Tonda Hughes, professor of health systems science and associate dean for global health, will examine how stressful experiences in a person’s life — childhood sexual abuse, adult sexual assault or discrimination based on race/ethnicity or sexual orientation — are related to psychological suffering and hazardous drinking in adult sexual-minority women.

Now in its 17th year, Hughes’ study is the longest-running project of its kind, and one of the only longitudinal studies focusing on sexual-minority women’s drinking and health.

Sexual-orientation-related health disparities are now well recognized, and some of the largest inequalities have been documented between the drinking behavior of sexual-minority and heterosexual women, Hughes said. The new study will evaluate the impact on sexual-minority women’s drinking and health following the Supreme Court’s landmark Obergefell decision legalizing same-sex marriage.

It will also take advantage of a unique longitudinal data set, tracking the drinking patterns of the same women over a 20-year period, to examine their long-term drinking trajectories and health.

Hughes said findings from the study will add significantly to the current sparse knowledge about individual, interpersonal and societal factors that contribute to elevated rates of physical and mental health problems — including hazardous drinking and its complications — in sexual-minority women.

“This will generate information that can guide the development of prevention, treatment and policy to reduce health disparities in sexual minorities, and potentially other minority groups as well,” Hughes said. “We anticipate that the supportive policy change garnered from the historic Supreme Court decision that was passed in June 2015 will have beneficial effects for all sexual-minority women, and those who choose to marry will demonstrate many of the health benefits of marriage observed among women in the general population.”

Hughes’ earlier research showed that sexual-minority women interviewed after Illinois passed its Marriage Fairness Act in 2014 reported better mental health and lower levels of hazardous drinking than those interviewed before the bill was passed. Benefits were seen for all women in the study, but African American and Latina sexual-minority women, as well as those without college degrees, appeared to benefit most — suggesting that women who are more marginalized may see the most benefit from supportive policies.