2018 Scholar of the Year Jennifer Brier 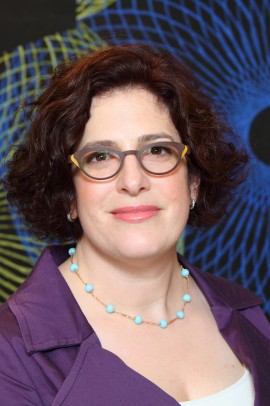 With almost 25 years of work related to HIV/AIDS history, women’s history and the LGBTQ experience, Jennifer Brier has withstood changes in her field and society while establishing herself as an influential historian and leading public intellectual.

“In the mid-1990s, I had to justify that AIDS was a historical topic. Now, it seems as if people think it is history and no longer relevant,” said Brier, who has been director of gender and women’s studies since 2013.

The reality is that the state of the HIV/AIDS epidemic in America remains a crisis, she cautions.

“HIV/AIDS disproportionately affects African American men and women across all groups and it is something we need to continue to think about and understand the history of,” said Brier, professor of gender and women’s studies and history. “Not that history will keep us from repeating ourselves, because that’s not true. History can be a guidebook for us to understand what is going on in the present.”

Brier’s historical exploration of the intersections of gender, race and sexuality has not only produced meaningful work for researchers and students, but it also has become an illuminating resource to people beyond the walls of the academy.

“We talk a lot about UIC being a site of community engagement and my thinking and work has been squarely in this category for the last decade,” she said of her recent public history projects. “It’s possible to present challenging, complicated complex ideas in the classroom but also in the world outside of the classroom. We need to engage in dialogue through listening and not just lecturing.”

Her co-curation of the Chicago History Museum’s 2011 award-winning Out in Chicago exhibition and 2014 induction to the Chicago Gay and Lesbian Hall of Fame serve as examples of the New York City native’s impact, involvement and praise in the city since arriving at UIC in 2004.

Brier developed Surviving and Thriving: AIDS, Politics and Culture, a traveling exhibition for the National Library of Medicine that details the rise of AIDS in the early 1980s and the evolving response to the epidemic over the last three decades.

She is also the project director for History Moves, a mobile gallery that displays less-explored aspects of Chicago’s history in collaboration with local organizations and residents. The project has received several grants, including one from the National Endowment for the Arts.

Among her current public projects is South Side Speculations, an exhibition featuring objects created by local young people who investigated their neighborhoods’ histories and imagined how to “build healthier and freer futures.” The exhibition, which is part of the Mellon Foundation-funded project co-led by Brier, is now open at the University of Chicago’s Arts Incubator and slated to be on display in mid-March at the UIC African American Cultural Center.

Brier said the award from UIC not only acknowledges the growth of her scholarship, but it also reflects well on the boundary-pushing work by colleagues in the College of Liberal Arts and Sciences.

“UIC has an incredibly strong group of interdisciplinary scholars and I feel like one of the reasons my work has expanded the way it has is in part because I’ve been in dialogue with so many of them,” she said.