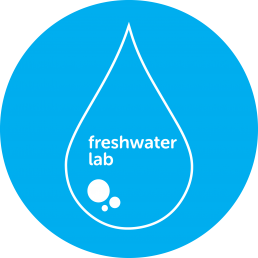 The Freshwater Lab, a University of Illinois at Chicago-based environmental research and policy center, has been awarded two grants to support its work examining social and human issues related to water, energy and natural resources in the Great Lakes region.

A $50,000 grant from the McDougal Family Foundation will enable the Freshwater Lab to host a Great Lakes mayoral summit in 2017, entitled “Untrouble the Waters: Leading the Future in the Great Lakes.”

In addition, a $200,000 grant from the Charles Stewart Mott Foundation will also support the summit and allow the Freshwater Lab to continue its work with community partners on freshwater issues and create a curriculum on Great Lakes issues to be used across the region.

The summit, which will be May 10 – 11, 2017, at UIC, will bring together a diverse group of Great Lakes mayors to collaborate on urban water priorities and build a closer alliance with the Midwest academic research community. A formal alliance of governmental leaders and the academic research community, called The Great Lakes Leadership Project, will be launched during the meeting.

Rachel Havrelock, the Freshwater Lab’s principal investigator and UIC associate professor of English, says the goal of the summit is to broaden the participation of mayors and other regional stakeholders as leaders in urban water-related policy and planning. Havrelock, who has studied transnational water policy, is the author of the book, “River Jordan: The Mythology of a Dividing Line.”

“The ongoing Flint, Michigan, water crisis is a clear example of the need for expansion and diversification of the voices that inform Great Lakes water policies,” said Havrelock. “The Great Lakes Leadership Project intends to develop and support leaders whose voices will reflect more inclusively the population of the region.”

The mayors’ conference will be modeled on Water after Borders, the Freshwater Lab’s 2015 summit that brought together international participants and speakers from academic, governmental, business, and non-profit settings to discuss trans-border water systems, with an emphasis on the Great Lakes and Jordan River.

Next year’s summit will focus on Great Lakes basin issues.

“It will be designed to give the mayors a forum to articulate and discuss their water-related priorities in an interactive way with leaders from academic institutions,” Havrelock said. “We also intend that this summit will serve the Great Lakes and Saint Lawrence River Cities Initiative by broadening overall engagement in its mission.”

During the 2015 event, mayors from the Great Lakes and the Middle East signed an agreement at UIC that links their cities through a “Sister Waters” partnership that addresses critical water issues.

The Freshwater Lab, established in 2015, joins researchers from UIC, the University of Michigan, Michigan State University and the University of Wisconsin-Madison to promote humanities and social science research on the history, policy and politics of Great Lakes resource distribution and prepare students for work on public policy recommendations and initiatives.