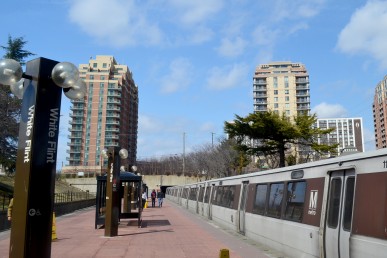 High-rise developments that incorporate mass transit offer the most sustainable and efficient way to accommodate future suburban growth, according to a new book by an urban planner at the University of Illinois at Chicago.

“In the next 35 years, it’s projected that the U.S. population will increase by 100 million, and two-thirds will reside in suburban locations,” says author Kheir Al-Kodmany, professor of urban planning and policy at UIC. “Only 12 percent of that group will have children, so the typical suburban model of the single family house may not be in demand as much as it was in the past.”

After analyzing more than 300 projects in 24 suburbs of Washington, D.C., Miami, and Chicago, the author classifies 10 spatial patterns in which high-rises have been incorporated into American suburbs.

The research is based on extensive field and factual data summarized in over 100 tables. The book also illustrates spatial patterns by using maps, and visually documents various high-rise projects with many photographs.

Al-Kodmany concludes that Tall Building and Transit-Oriented Development – or the TB-TOD model – is the best solution for efficient suburban growth. Benefits include support of mixed-use development, pedestrian activities, regional connectivity, and preservation of natural spaces. 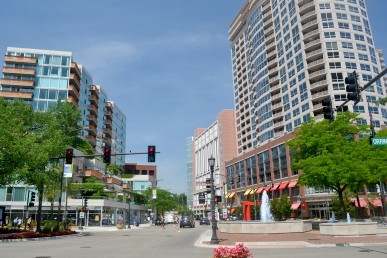 The Washington, D.C., region stands out as a leader for planning of this type. The book illustrates case studies in Virginia  — such as Arlington, Reston, and a current project in Tysons Corner — and Maryland communities such as Bethesda and Silver Spring. In the Chicago area, the TB-TOD model has been employed effectively in Arlington Heights and Evanston.

Miami’s suburbs struggle to meet TB-TOD qualifications due to natural geographic barriers and relatively poor transit, but the Miami metro area is home to the most tall buildings (over 10 stories) among the two dozen communities studied. 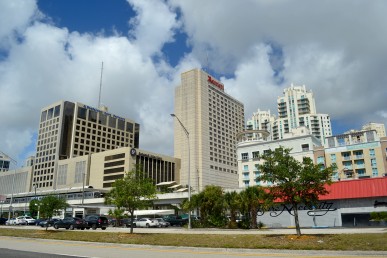 “In order to accommodate future growth while avoiding sprawl, suburbs will need to reconsider their historic patterns of low-density development that have damaged our ecological systems, encroached on agricultural land and increased air and water pollution,” he said. “Planners and developers need to implement innovative retrofitting projects that help unravel unsustainable sprawl, reduce environmental damage, and undo the spatial mess that has proliferated in our regions for the past 50 years.”

According to the author, suburbs can increase their density sustainably if they avoid intensifying congestion on major highways.

“If you want success in any suburban development, the first goal is to sustain ridership to pay for the transit,” he said. “The biggest mistake is to place a big building in a car-dependent model.”