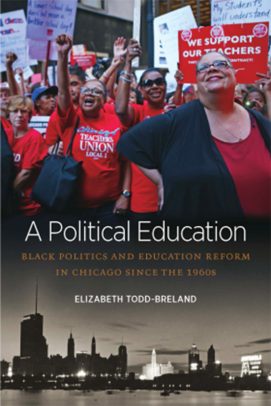 Fifty-five years ago this week, a massive boycott and demonstration, known as Freedom Day, was launched in opposition to segregationist policies of the Chicago Public Schools.

In 2012, the city experienced its first teachers strike in a quarter-century, and dozens of schools closed the following year.

For six decades, Chicago has been and continues to be at the center of the national debate over race and public education reform, said University of Illinois at Chicago historian Elizabeth Todd-Breland.

In her new book, “A Political Education: Black Politics and Education Reform in Chicago Since the 1960s,” Todd-Breland details the city’s transformations in black politics, shifts in modes of education organizing, and the racial politics of education reform spanning the past 60 years.

“There is a long legacy of education organizing in Chicago, and it has continued contemporary national relevance,” she said. “Still, so often the people most impacted by public education have very little voice at the table in shaping what that education looks like and continue to demand that voice and power.”

She will discuss her findings and the related ongoing implications during an Oct. 26 event hosted by UIC’s Institute for Research on Race and Public Policy; Social Justice Institute, and departments of history and African American studies.

In her book, Todd-Breland reveals “hidden figures of education” while exploring marginalized black communities and the strategies people craft to envision the future of education for their children, drive political movements for equity, and propose innovative curriculum models and educational improvements.

In the recounting of the civil rights movement, she notes that greatly charismatic men often overshadow the women who served their communities as pivotal grassroots organizers for urban education reform.

“The women who I look at in the book – the teachers, organizers, parents – are the kind of people who are not in the history books, but have really rich, interesting histories to tell,” said Todd-Breland, an assistant professor of history.

She hopes the book can help shift the public conversation around who has the knowledge, ability and power to shape the direction of urban education. 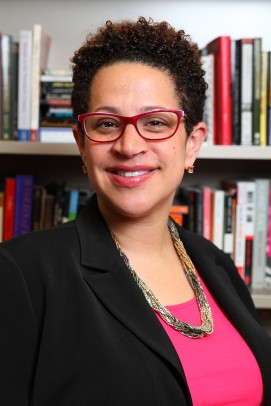 “So much of the policy conversation over the last few decades has focused on corporate reformers, people from the business world, and philanthropy as the major drivers of education reform,” she said. “The focus on these actors and interests has obscured the longer history of community-based organizing around education.”

Battles over racial and economic equity in education and society largely continue, but the ground on which they are being contested has changed since the 1960s due to factors such as reduced funding, privatization of public education and a surge in teacher labor organizing, according to Todd-Breland.

“Red for Ed” movements in many right-to-work states are a recent example of Chicago’s influence on organizing nationally.

An ongoing issue with ripple effects is the dramatic decline of Chicago’s black educators, who account for only 21 percent of CPS teachers. That marks a drop from more than 47 percent of the system’s teaching personnel in the early 1990s.

“It’s not a coincidence that the same communities that bore the brunt of the foreclosure crisis, where we have continued to see disinvestment by both government and commercial interests, are the same places black teachers used to live. They were anchors of communities,” she said.

Chicago is a bellwether for the nation and the future, for better or for worse, Todd-Breland added.

“A lot of the things that happen in many cities, happen in a very extreme way here in Chicago,” she said.

At the Oct. 26 event, Todd-Breland will be joined by Keeanga-Yamahtta Taylor, assistant professor of African American studies at Princeton University and author of the award-winning book, “From #BlackLivesMatter to Black Liberation.” A Q&A and book signing will follow the discussion, which will be held from 6-8 p.m. at the Pop Up JUST Art gallery, 1344 S. Halsted St. To attend the event, which is free and open to the public, RSVP is required via irrpp@uic.edu or online.

Published by the University of North Carolina Press, “A Political Education,” is part of its Justice, Power, and Politics series, which features new works of history that explore questions of social justice, political power and struggles for justice in the 20th century. The book is available at Amazon.com and uncpress.org.