Nationwide, counties with the poorest quality across five domains – air, water, land, the built environment and sociodemographic – had the highest incidence of cancer, according to a new study published in the journal Cancer.

Poor air quality and factors of the built environment — such as the presence of major highways and the availability of public transit and housing – – were the most strongly associated with high cancer rates, while water quality and land pollution had no measurable effect. 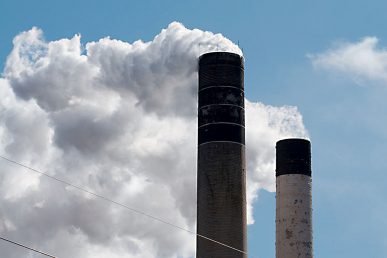 The findings may help reduce cancer by driving policy to lower pollution in areas with high cancer rates linked to the environment.

Previous research has shown that genetics can be blamed for only about half of all cancers, suggesting that exposure to environmental toxins or socioeconomic factors may also play a role.

“Most research has focused on single environmental factors like air pollution or toxins in water,” said Jyotsna Jagai, research assistant professor of environmental and occupational health in the University of Illinois at Chicago School of Public Health and lead author of the study. “But these single factors don’t paint a comprehensive picture of what a person is exposed to in their environment — and may not be as helpful in predicting cancer risk, which is impacted by multiple factors including the air you breathe, the water you drink, the neighborhood you live in, and your exposure to myriad toxins, chemicals and pollutants.”

To investigate the effects of overall environmental quality, the researchers looked at hundreds of variables, including air and water pollution, pesticide and radon levels, neighborhood safety, access to health services and healthy food, presence of heavily-trafficked highways and roads, and sociodemographic factors, such as poverty. Jagai and her colleagues used the U.S. EPA’s Environmental Quality Index, a county-level measure incorporating more than 200 of these environmental variables and obtained cancer incidence rates from the National Cancer Institute’s Surveillance, Epidemiology, and End Results Program State Cancer Profiles. Cancer data were available for 85 percent of the 3,142 U.S. counties.

Breast and prostate cancer were most strongly associated with poor air quality.

“Some of the counties we looked at were very large, with both urban and rural areas in a single county, so to tease apart the interplay between the measures of quality in our five domains and how they impact urban and rural areas,” Jagai said, “we will need to look at geographic areas smaller than counties.”

Co-authors on the study are Lynne Messer of Portland State University; Kristen Rappazzo and Danelle Lobdell of the U.S. Environmental Protection Agency; and Chris Gray and Shannon Grabich of the University of North Carolina, Chapel Hill and the Oak Ridge Institute for Science and Education.

This research was funded in part by contracts EP09D000003 and EP12D000264 from the EPA Office of Research and Development and by an appointment to the Internship/Research Participation Program Office of Research and Development (National Health and Environmental Effects Research Laboratory) of the EPA, administered by the Oak Ridge Institute for Science and Education through an interagency agreement between the EPA and the Department of Energy.