The University of Illinois at Chicago has received $6.75 million from the National Institutes of Health to establish a specialized Center of Excellence in minority health and health disparities research. 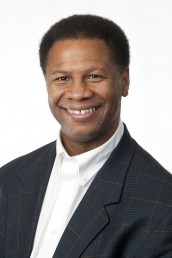 Called the Center for Health Equity Research, or CHER, the new UIC center will investigate how various social structures and determinants contribute to the health of marginalized groups.

“The reality is that the vast majority of preventable disease in the U.S. happens in a small group of minority communities and it’s not always because of biology alone,” said Dr. Robert Winn, associate vice chancellor for community based practice at UIC and director of the University of Illinois Cancer Center.

“It’s also because these groups are socially disadvantaged due to geography, poverty or discrimination based on race, ethnicity, gender or sexual orientation,” said Winn, the corresponding principal investigator on the grant.

A growing body of scientific evidence strongly suggests that social determinants such as poverty, living in a food desert, lacking safe spaces to play and exercise, discrimination or growing up with neighborhood violence can contribute to the development of preventable diseases and conditions including cancer, cardiovascular disease, diabetes and substance abuse.

CHER will initially focus on three research projects that address health and structural violence—a term that describes the multiple characteristics of social, economic and political systems that expose vulnerable communities to physical, socioeconomic, behavioral or psychosocial risks leading to increased morbidity and mortality.

Dr. Lisa Tussing-Humphreys, assistant professor of medicine in the UIC College of Medicine and fellow of the Institute for Health Research and Policy, and colleagues will study how colorectal cancer risk in the black community correlates to experiences of racism. 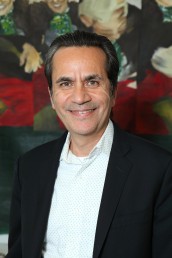 Kristine Molina, assistant professor of psychology in the UIC College of Liberal Arts and Sciences, will lead a study on the relationship between stress due to racial discrimination and cardiovascular disease outcomes in Latino families.

Dr. Karen Kim, a CHER partner from the University of Chicago’s department of medicine, will examine the factors associated with mental health disparities among Asian immigrant populations.

“The end-goal is to get to a point where my health and your health is not determined by the color of our skin, where we live, or who we live with,” said Jesus Ramirez-Valles, professor and director of community health sciences in the UIC School of Public Health.

Additional studies and programs that promote minority health and reduce health disparities are already in the center’s pipeline.

Ramirez-Valles, who will lead the administrative core of the new center, says that Chicago’s highly segregated, urban environment provides a rich foundation for studying structural violence and public health, and that UIC’s “ability to bring together multidisciplinary researchers from diverse racial, ethnic and social backgrounds” gives strength to the center.

According to Dr. Martha Daviglus, associate vice chancellor for research at UIC, a second goal of the CHER is to invest in the career development of minority researchers and support the participation of underrepresented communities in public health activities. 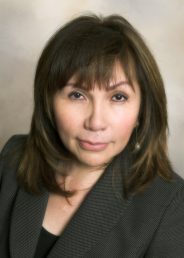 “We want to make it easier for researchers from diverse backgrounds to seek support and mentorship,” said Daviglus, who will oversee the new center’s training and research project core, “so that underrepresented groups are not just more likely to participate in research, but are also more likely to initiate research and drive it forward.”

Seven UIC entities will collaborate on the center’s work: the College of Liberal Arts and Sciences, College of Medicine, College of Nursing, School of Public Health, UI Cancer Center, Office of Community Engagement and Neighborhood Health Partnerships, and Institute for Minority Health Research.

UIC is one of 12 centers nationwide and the only in the Midwest to be funded by the NIH’s National Institute of Minority Health and Health Disparities’ Center of Excellence program. The centers will share approximately $82 million over five years.

“We need strong collaborations and research based upon asking the right questions in specific areas. The Centers of Excellence are poised to emphasize scientific inquiry that will promote health equity,” said NIMHD Director Dr. Eliseo Perez-Stable in a statement.

Daviglus, Ramirez-Valles and Winn, who are all from underrepresented minority backgrounds, jointly lead the Center for Health Equity Research.